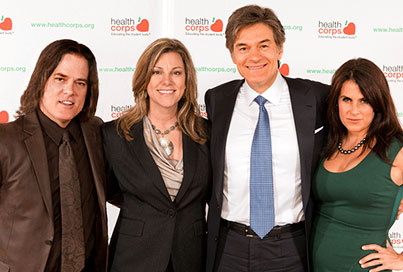 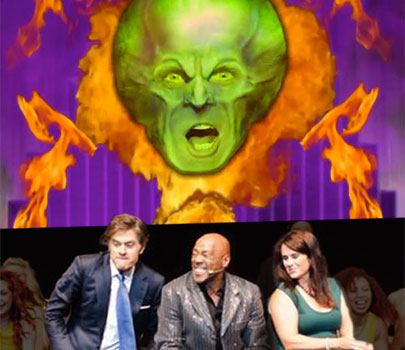 The mirrors featured familiar figures such as Maria Shriver, Matthew Modine, and many others incorporated into mesmerizing computer generated special effects.

Additional video production was created by Night Frights to feature a gigantic Wizard head to appear on the “Imag” video screen above the stage which interacted with the evening’s presenters in frightening, dramatic and often humorous style.

Dr. Oz and his wife Lisa founded Healthcorps in 2004 in a nationwide effort to help stem child obesity.