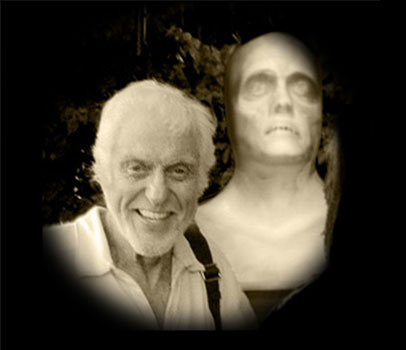 Dick, who is a die-hard Halloween enthusiast, asked if Mike would bring along the family-friendly Ghost Bust and the terror-inducing Scary Mary Mirror to take part in the elaborate Halloween display he puts together each year at his home in Malibu.

The annual event is a favorite among Dick’s neighbors, as evidenced by the arrival of mega movie director, James Cameron, (Avatar, Titanic, Terminator 2), who came by garbed in full pirate regalia with his family to see the production. Cameron lives nearby with an impressive Halloween display of his own.

The Night Frights effects took their place among Dick’s other favorite props that include one-of-a-kind items like the skinned body from the movie Predator donated by creature effects wizard Stan Winston.