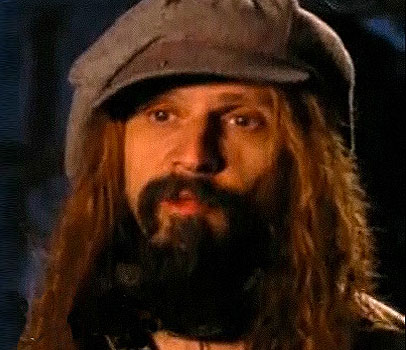 Turning their renovation efforts toward all things spooky, ABC Television’s Extreme Makeover: Home Edition chose the Oregon School for the Deaf as the lucky recipient of a state-of-the-art haunted house, featuring the Night Frights Ghost Bust as one of its featured effects!

One of the highlights of the multi-day shoot included master of horror Rob Zombie experimenting with new ways to scare the haunt’s patrons using the Ghost Bust Live system, a simple to use computer program that animates the talking statue simply by talking into a microphone, or, alternatively, by tapping the space bar to “puppet” the freaky projection effect.

Located in Salem, Oregon, the Oregon School for the Deaf has been operating an annual haunted house, “The Nightmare Factory”, as it’s primary fund raiser for the last two decades. Extreme Makeover sent charismatic Ty Pennington and crew to head a virtual army of volunteers to make the school’s dream come alive on an unimaginable scale.

Looking for the best Halloween props in the industry, the show’s producers approached the companies generally regarded to be the cream of the crop providers of haunting props and special effects, including Night Frights’s popular talking bust, and several others.